Home protection and security are more important than ever before – in some areas, burglary and home invasion statistics have risen as much as 18%. Approximately 28% of the time, someone is home during a home invasion, and an unsettling 7% of victims reported being the target of a violent crime as a result.

If you’re reading, then you’ve likely already committed to not becoming a statistic.

The next question centers on how you’ll do that – a particular hypothetical of man’s best friend vs. machine. We’ll help you figure out what’s best for you when it comes to home-defense: A dog or a gun?

But both home-defense options have their own unique benefits, and we promise to be objective weighing which one’s best for you. Let’s start with some statistics about burglaries and home invasion. Running the numbers is a good place to start:

Most burglaries happen between 10 AM and 3 PM

Why? Because that’s when you, your neighbor, and the kids, are most likely to be out of the home. During this time the average U.S. home is more likely to be left unoccupied. Obviously, choosing the “gun” option means you have to be home to defend your home. Choosing a good guard dog that’ll react appropriately to a home invader means you’ll have 24/7 protection – as long as Fido is up to the task and he or she performs as intended.

The right dog matters as much as the right gun

Just like guns, dogs are not created equal. A French Bulldog won’t be adept at taking down a bad guy, just as a Ruger 10/22 won’t easily stop a burglar hopped up on drugs or adrenaline. You have to pick the right guard dog if you opt to remain a gun-free home. If you want to wholly trust your life to man’s best friend, you’d better make sure he or she is trained and ready to respond to a threat.

Most dogs are great at barking to notify you when someone’s at the door. Few dogs have the size, energy, temperament, and instinct to protect the family. Certain breeds function best as reliable guard dogs. Think Bullmastiffs, Dobermans, Akitas, German Shepherds, Rottweilers, or any mix of those breeds.

The primary drawbacks of a reliable guard dog are training and maintenance. These large dogs need proper training to function as protectors of the home, and their lifespan and the emotional attachment that you and your family will (or at least should) develop with your dog will quickly out-shadow the animal’s original purpose.

If you choose to own a guard dog instead of a gun, do so for the companionship and other reasons most folks own a dog. An animal is not just a tool, and even a professionally trained guard dog cannot be treated simply as such.

Training your dog to protect is critical

You cannot buy a “guard dog breed” and expect it to know what to do if your home is invaded. No matter the dog, this is simply not the case. Reliable guard dogs do not attack out of fear or anger – they do so because of conditioning, trained threat perception, and plenty of practice.

While a home invasion can trigger a dog’s protective instinct, a dog that displays aggression based on emotion can be unsafe for your family.

An all-loving dog won’t know what to do if a home invasion occurs and will not attack unless you and your family are already being physically harmed. Training is required.

The challenge of proper guard dog training is cost. Some renowned training programs run thousands of dollars, though some can be found for a few hundred dollars. Compared to the price of a reliable handgun or shotgun, there is little measurement: A gun and your own training course will be less expensive than owning and training a guard dog by high margins.

The simpler choice is the gun

A handgun doesn’t require affection. It does not need food, water, medication, vet visits, training, walks in the park, smooches, or reassurances when lightning strikes. It won’t age or lose its reliability over a few years of ownership. You won’t have to mourn its loss, starting over once again after it passes away. A gun needs oil, rounds, a magazine and a trained shooter. That’s it.

Let’s immediately address this elephant in the room. Yes, the AR-15 is a hugely popular rifle and it may be the most popular gun model sold in the past decade by numbers alone. But using a rifle for home-defense is perhaps the worst choice you can make if going the “gun” option. This is especially true for a new shooter given the average rifle round’s penetrating ability, power, and increased collateral damage risk.

Don’t use an AR or other any rifle for home-defense unless you’re an advanced shooter. You have to configure a home-defense rifle for the right caliber, round type, and other metrics (barrel length, buttstock, optic or sight). Whether it’s 5.56, .308, .300 Blackout, .50 Beowulf, whatever, it matters not – if you’re new to this idea, stick with a handgun or shotgun. We have the experience to speak to this.

The writer of this article is an 8-year combat veteran who custom-built AR-15s in every popular caliber. He’s personally tested the penetration abilities and lethal potential of numerous AR rounds – including purposefully firing the popular XM193- and M855-type 5.56 rounds into dry wall, brick, cinderblock, plaster walls, with ballistic gel to simulate a body.

The AR doesn’t work well for home-defense unless you’re a deadeye shot. While it’s a fast mover, the AR provides little trauma per shot compared to the average pistol’s JHP round or shotgun’s buckshot round. It over-penetrates and it can create unintended victims too easily.

There are a few specialized rifles, rifle rounds, and optics touted for home-defense, but the discussion of building (key word) an AR-15 or another rifle for home-defense is an article all its own. Avoid it for now.

The second rule of gun ownership is so important when it comes to home-defense that it’s considered mythical. It is never, ever to be ignored or be damned to Hell the shooter, forever. That rule is, know what’s behind your target. Know what’s behind your target. We say it twice because, in a home invasion, collateral damage – like not realizing your child’s bedroom is behind Mr. Bad Guy – could result in a tragedy that we won’t bother to example. It’s happened before and it has ruined families.

Picking a particular model is a topic you should research yourself, but we’ll provide some guidance and point you in the right direction.

Stick with a moderate caliber (9mm, .40 S&W, or .45 ACP) handgun that can easily cycle and shoot JHP rounds. These hollow-point rounds fragment upon hitting a wall or entering a body. This fragmentation provides massive trauma to the body and generally helps stop over-penetration and collateral damage. You should also invest in a handgun that offers plenty of magazine capacity – a double stacked magazine is best. More is always better.

Stick with a simple tube-magazine, pump-action or semiautomatic shotgun. We strongly recommend using only buckshot rounds. Slugs move fast and hit hard, causing over-penetration and they’re a one-shot-one-chance deal. There are no partial hits. Birdshot is hardly lethal (we fondly look back to Dick Cheney shooting a colleague in the face with birdshot. He survived).

We recommend against using any sort of choke on your shotgun. Chokes restrict the shot pattern to make for better accuracy at greater distances but this is only beneficial for hunting. In a home-defense scenario, you’ll want as much spread as possible. This will increase your chances of a hit and it’ll reduce the chance of blowing out a wall or causing collateral damage.

Yes, a choke will create a tight shot pattern that can still go through walls by sheer force and density.

So, Fido or Mossberg?

You’d think our answer would be the gun, but we advocate for both methods of home-defense (though if we had to choose, yes, it’s the gun). We’ll give you our logic here: Most burglars live relatively close by and they will case a property. They’ll look for weak points of entry and any defense mechanisms. Dogs are wonderful deterrents against burglars by their presence alone.

Even if you own an untrained dog, there’s a good chance he or she will react with some measure of aggression and even physical violence against a perceived intruder. Dogs also make great alarm systems. They’re perfect for waking you to that strange dude climbing your fence out back at midnight.

With that said, dogs can make mistakes and they’re not guaranteed to bring down an assailant. You can’t count on your family’s safety with a trained guard dog alone. We hate to say it, but dogs can be killed. Many burglars carry knives and tools that can be used as weapons against a dog, and it’s difficult for a dog to actually kill a person. A gun isn’t restricted by these challenges. It’ll cause trauma and death quickly and it doesn’t have to get up close and personal. 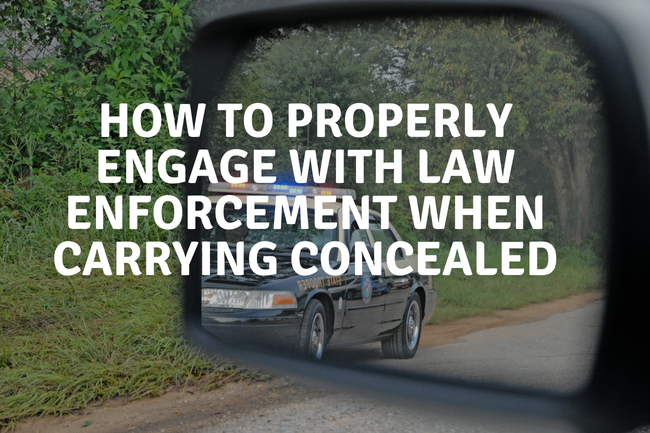 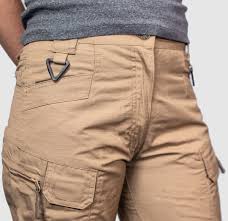